“This used to be among my prayers – a portion of land not so very large, but which should contain a garden and a near homestead, a spring of ever-flowing water and a little forest to complete it.”

Little Forest has a long colonial history. It is first mentioned in October 1820 when it was used as campsite by Governor Lachlan Macquarie and is named in his journal. In 1821 George Hambridge was granted a parcel of land named Little Forest and in 1827 an adjoining two acres was granted to Mr Kerrigan, who built his Inn for travellers along the old Hume Highway. The Inn was later knocked down to make way for the railway. The original slab hut, now Lavender Cottage, was built 1822 and its worn sandstone floor can still be seen in the dining room. For the rest of the century and up until 1968 the Hambridge Family lived and farmed at Little Forest.

The history of Little Forest in the Twentieth Century is closely linked to the artistic and cultural life of modern Australia. Ray Crooke OAM, the Archibald Prize-winning artist, bought the property for his family and founded an artists’ colony for painters, potters and sculptors. The property was visited and loved by writers and artists for over sixty years.

Ray Crooke used the rough-hewn blocks of sandstone from Kerrigan’s Inn to build his studio – Studio Cottage. In Studio Cottage he painted the prize-winning portrait of his friend George Johnstone, author of My Brother Jack. George Johnstone heard about Little Forest from Ray Crooke and sent him the words of Roman lyric poet Horace, written 2000 years ago: “This used to be among my prayers – a portion of land not so very large, but which should contain a garden and a near homestead, a spring of ever-flowing water and a little forest to complete it.” Johnstone always wanted to visit Little Forest, but died without doing so. So Ray Crooke built a memorial to Johnstone at Little Forest and Johnstone’s ashes are interred there, in an Arnott’s biscuit tin, under a flowering cherry tree.

In 1976 the property was sold to Jill Porter, a film make-up artist who specialised in blood and wounds in the early days of film and TV. She worked on shows like Riptide and Homicide. At Little Forest she ran a commercial nursery. Jill Porter was George Johnston’s lover, so when she died in 2006 she asked for her ashes and memorial to be put next to Johnstone’s.

In 1996 the property was sold to Anne Carney, a Bowral antique dealer and watercolour painter. Anne Carney started letting the cottages out as holiday accommodation at this time. We are still lucky enough to have many of her wonderful antiques about the property in the cottages, as well as some of her paintings.

In 2004 Little Forest was sold to Fiona Brown. Fiona had since added to the property by extending and renovating all the cottages and building Eco Cottage at Governor Macquarie’s campsite. Fiona then rescued, transported and renovated Oately Cottage and had done the same for Angas, the 1900’s railway carriage you can see as you drive in. In 2012 the unique Gazebo was commissioned and built.

In 2017, the property was sold to OHHW Holdings Pty Ltd, founded by a small group of friends who all fell in love with Little Forest at the first sight. They have put their minds together undertaking quite a few renovation projects with the aim to give Little Forest a fresh new look while retaining its artistic & historic characters. Little Forest has become one of the most popular destinations in Southern Highlands for weddings, parties , workshops, family & friends gatherings and corporate off-site meetings etc. 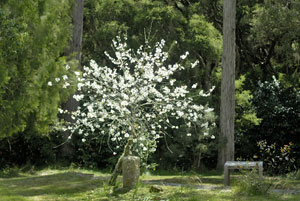 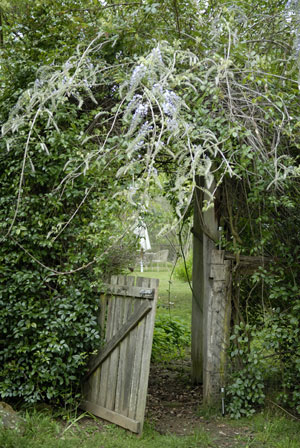